From April 2014 until the end of April 2016, I was Artist in Residence at Lancaster Priory Church on Castle Hill in Lancaster, UK.
I'm the first person to hold this post in the Church which dates, as a Benedictine Priory, from 1094 A.D.
A Saxon Church existed before that building and a Roman fort lies underneath the Church and Castle.
Most of the present building dates from around 1430 A.D. with the Regimental Chapel added in 1903 A.D.
I had a work space in the base of the Bell Tower.

EXHIBITION - "Living Stones" - Portraits in Lancaster Priory - normally open for visitors from 10am (1000) until 4pm (1600)
See these pictures in the Lancaster Priory Gallery and my Exhibition Statement on this website.
This exhibition finished at the end of April 2016.

EXHIBITION -
I was in the Luneside Studios Summer Exhibition in the Gallery at the Storey in Meeting House Lane Lancaster, LA1 1TH, at the foot of Castle Hill. I was showing two new large portraits together with two medium scale portraits which were previously shown in the Lancaster Priory Exhibition.
Admission was free. The Exhibition closed on 20th August 2016,

The still life works on show were essentially textural studies which featured wooden beads, pearls, crabs and butterflies organised inside boxes. My two pastels of Saints Peter and Paul, which were preparatory works for commissioned oil paintings, were included in the show. 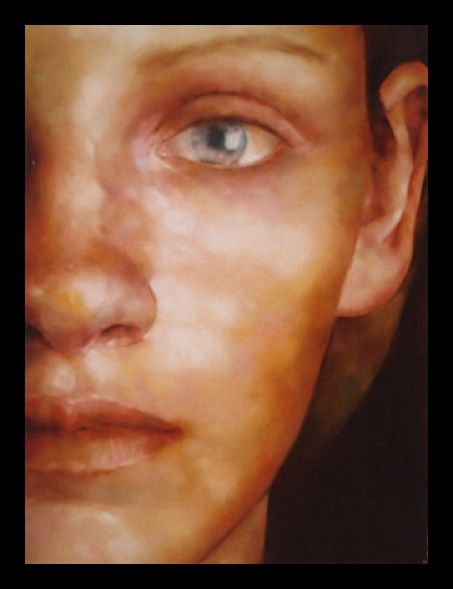 Click here to see pictures at some of my exhibitions.